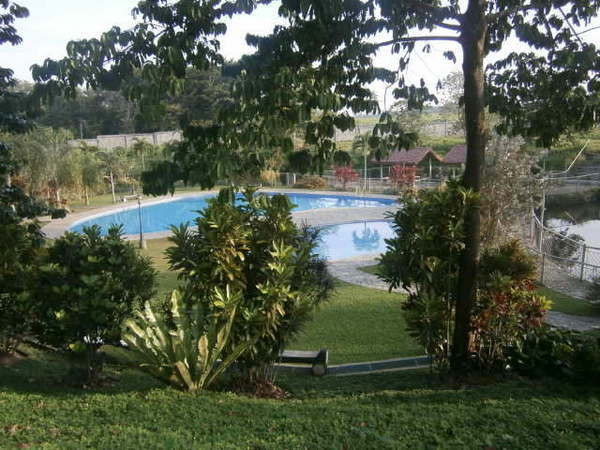 This month, we captured some very nice scenery at Eco Park in Bacolod City. Our son’s school held their Foundation Day at Eco Park earlier this month and everyone had a great time! Eco Park is located in Barangay Granada. 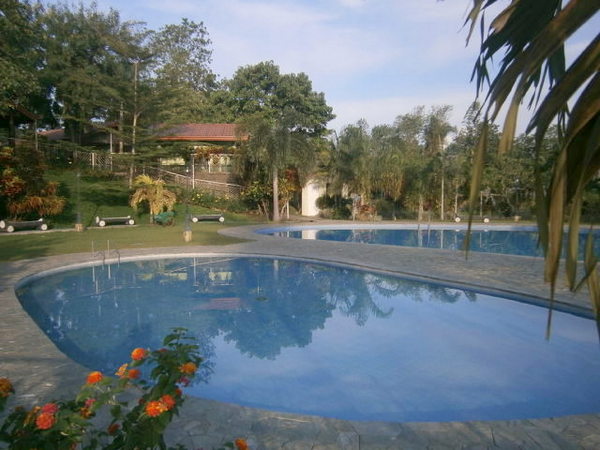 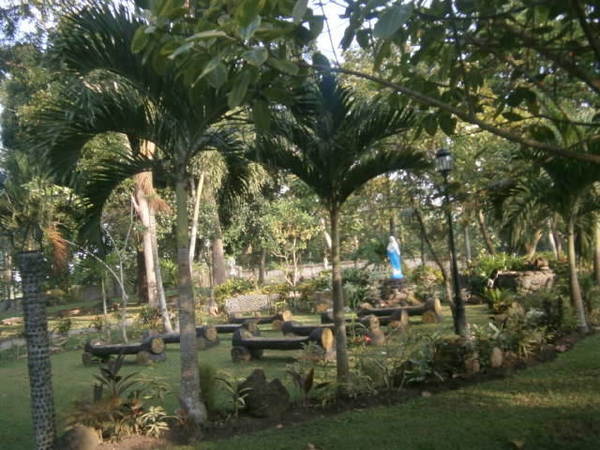 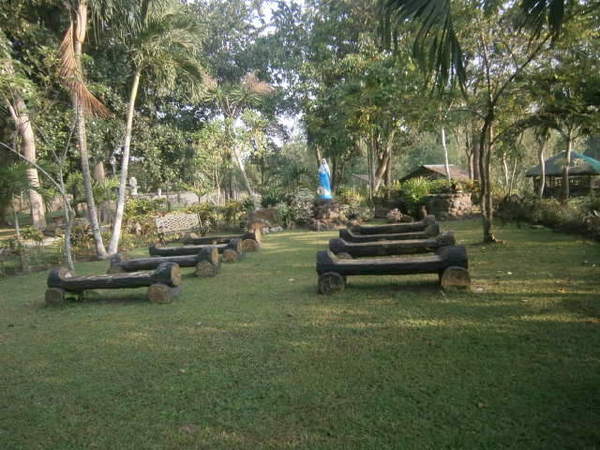 Take a seat and relax! 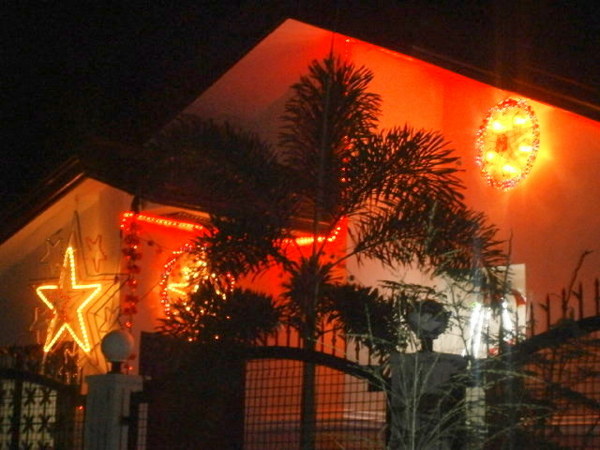 Some expats are initially surprised to see Christmas lights decorations on houses in the Philippines but the Christmas Spirit is alive in Bacolod City! 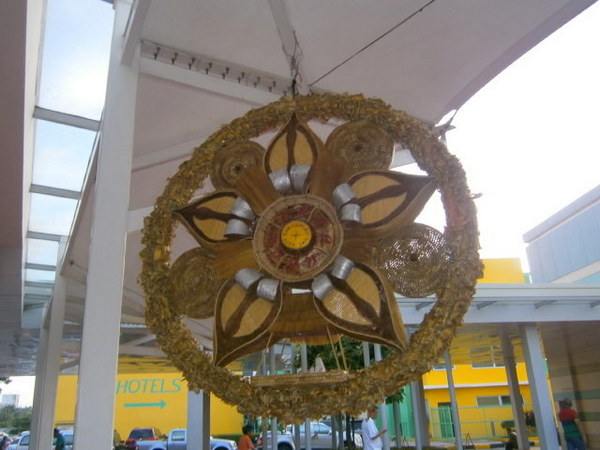 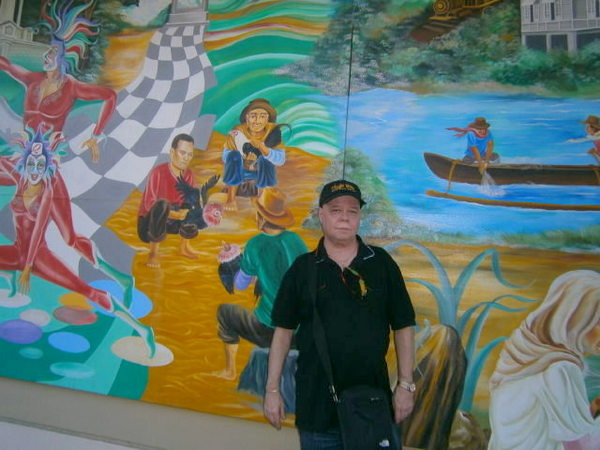 Me at City Walk Mural. 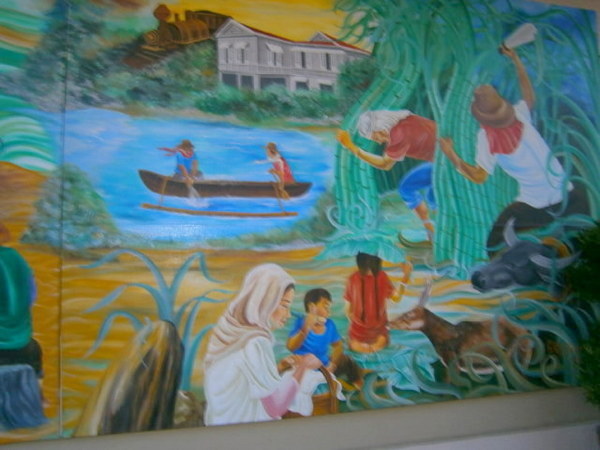 I hope you enjoy the Bacolod City Sights! New Year is right around the corner and we are looking forward to even greater things in the City of Smiles. But..first things first. Only 5 more shopping days til Christmas! I will be doing a Christmas article within a day or two after Christmas but until then, I would like to personally wish each and everyone of you a very Blessed and Merry Christmas! If you travel, have a safe trip!

I hope to see you one day, somewhere all around Bacolod! 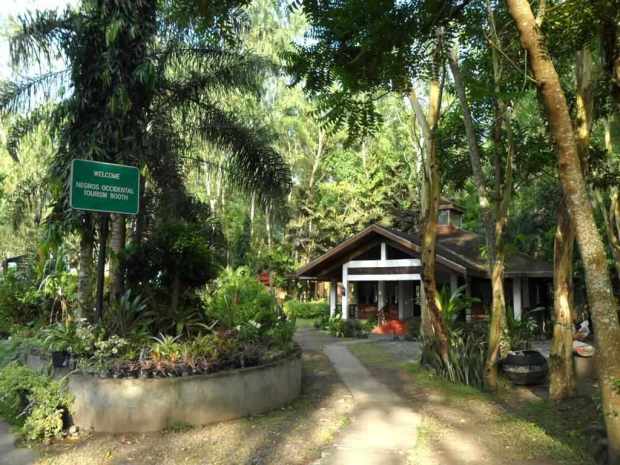 This is a milestone post for All Around Bacolod, which I started in February, 2012. My goal was to have my 100th post before December 31, 2013, so I made it with 28 days to spare! I was very happy at the end of 2012 when Word Press Statistics reported that I had more than 8,000 views and this year, All Around Bacolod has surpassed 25, 000 views since January 1, 2013 and this year is not over..yet! I would like to kindly thank everyone who follows All Around Bacolod and all those who drop by to learn about the area where I live and the area I enjoy writing about. A BIG thank you, everyone!

I have published two ebooks about the Philippines this year and both are on Amazon. The Expat Guide To Doing Business In The Philippines is based on my 27 years experience about expats doing business in the Philippines. The content of my book cannot be found online in searches, as it is all first hand personal experiences. I finished my 3rd ebook this year but it is not published yet, however, it will be available in early 2014. 2013 has been a Fabulous Year, thus far and we still haven’t celebrated Christmas yet or our Wedding Anniversary, which is also on December 25. A double Celebration!

Every week, I am contacted by several foreigners, some already living in the Philippines, who need help in making their transition in the Bacolod Area much smoother. During my work career in the USA and in China, over a period of 36 years, my jobs were Human Services related, so I have enjoyed helping others all my adult life.

I have two local friends who have the largest listing in the Bacolod Area concerning property rentals and sales and I have helped a number of foreigners get the type residential property they wanted for the price they wanted to pay. Both rentals and sales. I have a good friend who knows where the best deals are on second hand vehicles, so we have also helped put expats behind the wheel of the type vehicle they wanted to drive all around Bacolod! 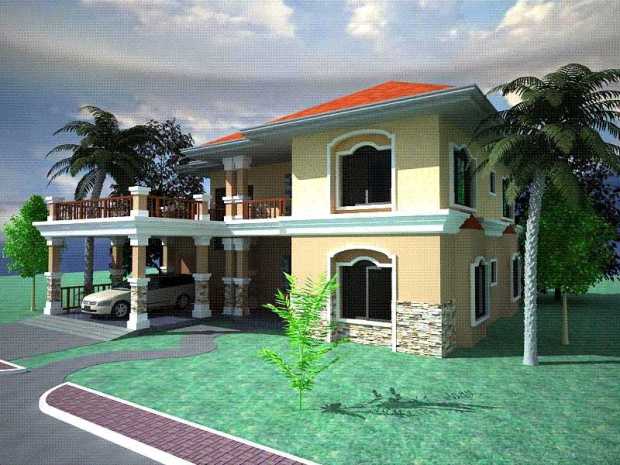 Among the network of expats we know, who already live in Bacolod, we often share where to buy certain items. Just recently, I directed several where to buy those last minute turkeys for Thanksgiving! We also share about new restaurants that serve the type food that expats enjoying eating. Other expats have also been very helpful to me when I needed to find one particular item in the city or in sharing about certain dishes being available in the many new restaurants in our area. A BIG thank you! I still would not know that Wamba’s had apple cobbler on their menu if not for the helpful information from a good expat friend, who has been living in the Bacolod Area almost 5 years.

We are looking forward to 2014, as our area of the Philippines is really an exciting place to live and to raise a child. I would also like to thank my lovely and beautiful wife, Grace, who is also my best friend. My experience would not be the same here in the Philippines without her and without our fabulous 8 year old son!

I really hope to see you one day, somewhere..All Around Bacolod! 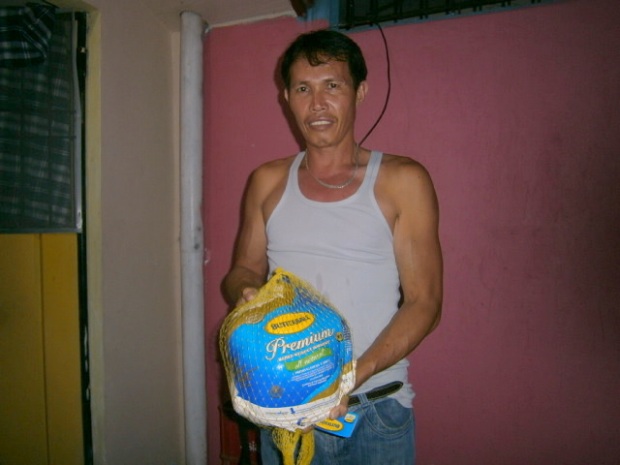 This was our 5th Thanksgiving in the Bacolod Area and in 2009, I hit on the idea of preparing our turkey lechon style, the famous Philippines style of cooking pork and chicken. It was a big hit with everyone, so this has become our tradition when having a turkey for Thanksgiving. The turkey is stuffed with lemongrass and garlic, a spice and herb rub is applied to the skin, a basting sauce of brown sugar, lime juice and soy sauce is made, the turkey is put on a bamboo pole and roasted over hot coals. Fabulous!

While Thanksgiving is not an official holiday in the Philippines, it has become an annual fiesta at our home in Bacolod! Friends and family are already looking forward to Thanksgiving 2014. Yes, Thanksgiving is alive and kicking in the Bacolod Area! 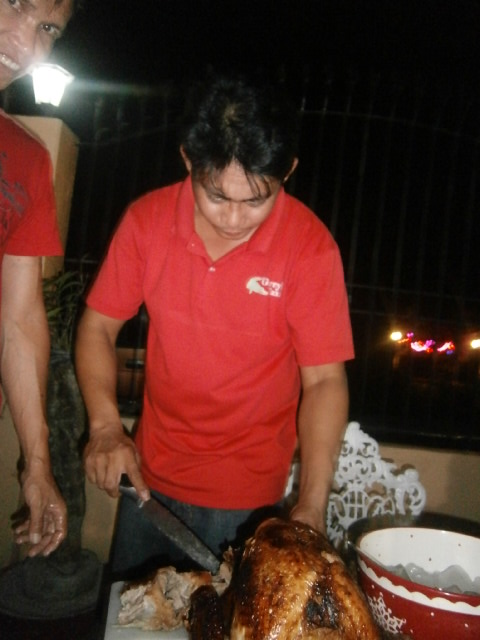 One of our good friends is carving the turkey! 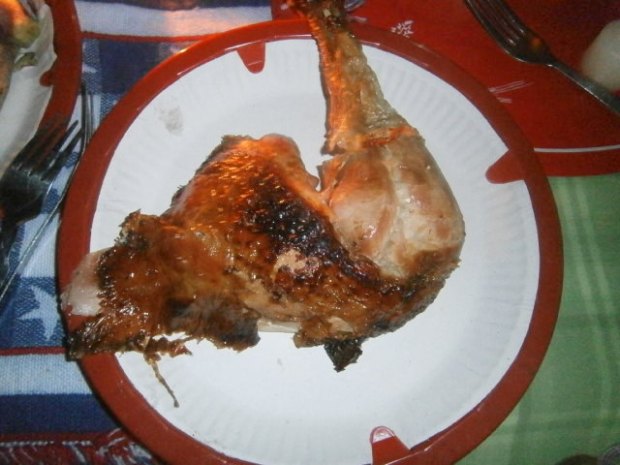 A crispy turkey leg quarter. The skin of lechon turkey is very crispy, while the inside is tender and juicy. Fantastic! 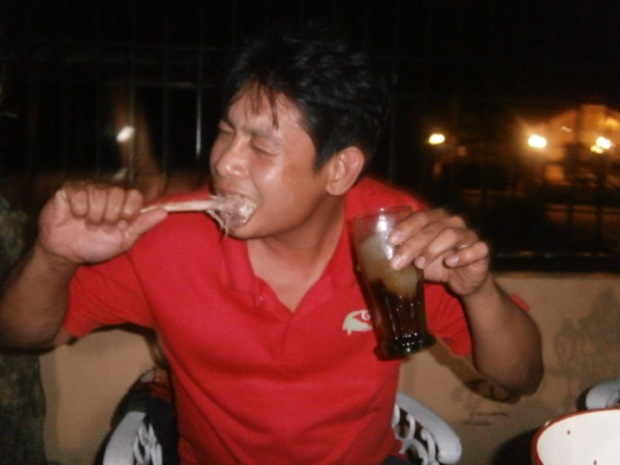 Thanksgiving Fiesta! Our friend is really into that turkey leg. What’s left of  it, anyway. Actually, he was clowning around for the camera. Nice pose, don’t ya think? 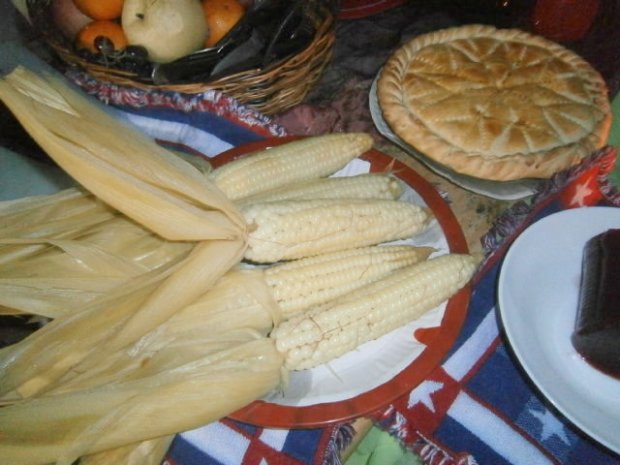 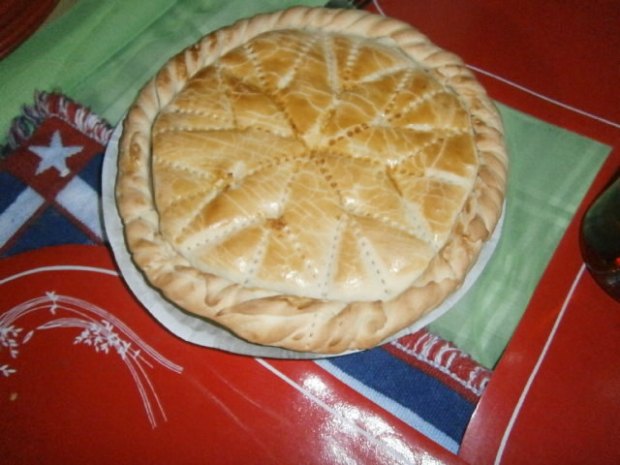 Don’t forget the pie! Rather than pumpkin pie or apple pie, we had pineapple pie and it was awesome.

Once you are in the Philippines, you can celebrate Thanksgiving or any holiday you wish, as the ingredients are available to prepare almost anything you enjoy.

I hope to see you soon..somewhere All Around Bacolod!