I was recently asked to write an article on the Beautiful Women of the Philippines. By popular demand, here it is! For sure, it is my belief that the most beautiful women in the world are Filipinas! Almost without exception, a Miss Philippines is going to land in the Top 5 of every International Beauty Pageant and they have for many years. You can take that fact and bank on it!

The burning question among many foreigners is where do they meet these lovely ladies? My advice is to meet them in person, same as you would meet any ladies in the round world! Yes, there are many dating sites and introduction clubs online where a guy can meet and chat with as many ladies as they have time for. However, don’t be fooled into thinking that many of these ladies are not doing the same thing! Most of the women I know from the Philippines are picky, same as you should be. Everyone just does not measure up.

Every Filipina is not interested in marrying a foreigner and every Filipina who marries a foreigner is not interested in living with you in your home country. It is a myth that every Filipino is breaking their necks and selling their souls to go abroad! It is simply not true. There are indeed many younger Filipinas who are willing to marry a much older man just so they can go abroad and live. Not only younger women in the Philippines but women from all over the world! Many older and mature Filipinas are perfectly happy living at home in the Philippines.

Age Is Only A Number

Yes, I have heard this saying for many years and in some respects it is true. Age is only a number.  However, in many respects, once the honeymoon period is over, Age becomes a major issue in the relationship. Too old to disco? To bed at dark and up with the chickens? It takes some major lifestyle changes and stamina to keep up with younger women, even just taking them to one of the many malls and walking around so she can look at every clothing, shoe and jewelry shop!

I’ve told many expats in the past and I will say it again. The most overlooked age in the Philippines among women is the 36-45 age bracket. Believe it…or not! A number of these women have never been married. Some are widows, some married earlier in life and received an annulment. Their children, if they have any, are almost always older teenagers or young adults. Many of these women are still very stunning and many others are still attractive in their own special way!

It was hot news this past week that 44 year old Alice Dixson was voted by FHM Magazine as the # 7 Most Sexiest Woman in the Philippines! There are many more beautiful women in the Philippines, in the age group of 36-45 who may not be famous celebrities but they are successful in life! They have their own career, own their house & lot, drive their own car and they are not looking for a man to take care of them. Some are looking for a gentleman to spend their Golden Year with and they still have a long time before they reach that point in their lives!

Many foreigners miss out because they are looking for an age and not the person! They are missing out on a potential wonderful life with an older, mature lady, who is honest, faithful, affectionate and loving..to the right man! These ladies are highly educated, successful, very respectable, classy and elegant.

There are many young women online, who are available to chat with older men and to make them feel that they are the one and only. However, some of these young women are chatting with 10 or more foreigners everyday and receive several thousand dollars every month from them! This is not only in the Philippines, amigos! It happens in Latin American countries, South American countries, Costa Rica, Vietnam, China, Malaysia, Indonesia, Ukraine, Russia and in many other countries the world over!

Many foreigners blame the women for being scammed, however, did they put a gun to their head and force them to send them money? Not over the internet! It’s impossible. The guys who are scammed are most of the time the blame for sending the money to someone they never met in the first place, di ba? I never sent money to anyone I had never met and I don’t even like loaning money to people I know because it often turns out bad.

The dating scene is alive and well in the Bacolod Area and I wish all the guys and lovely ladies all the best in life!

It is up to you. While still single, I did not have an age in mind but I had an open mind. I met my Angel in 2003 and we will soon be married 11 years. Life is great! I am glad I fell in love with a person and not an age!

I hope to see you one day, somewhere… all around Bacolod!

PS: Please check out my new article on Retiring to the Philippines. The Philippines is much more than fish & rice, so check out the local foodie scene!

One of the first Filipino restaurants I ever dined in was Max’s Restaurant, way back in 1986 when I lived in Metro Manila for one year. Twenty eight years later, Max’s Restaurant is still one of my favorite Filipino restaurants. During my weekly visits to SM Mall, I always drop in Max’s for a late lunch or for merienda, a late afternoon snack. It is not only the food I enjoy at Max’s but I also enjoy the service, which is top notch and A # 1! The wait staff are friendly, talkative and they treat you like you are a special customer! Max’s also has ice cold San Miguel Beer. 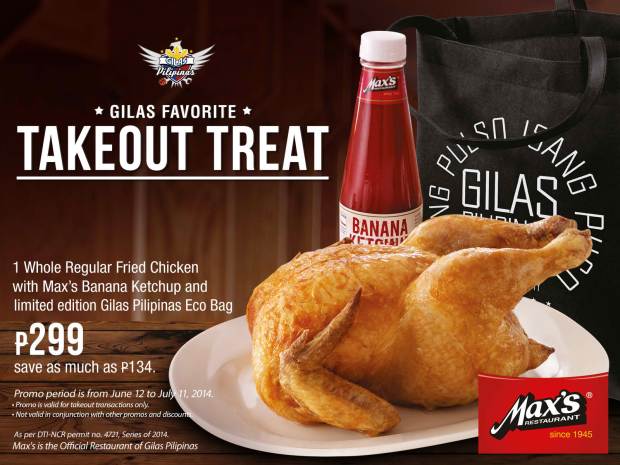 You don’t have to take out this wonderful treat, as you can order it in the restaurant. Max’s Fried Chicken is not KFC but rather, it is Filipino style fried chicken and I don’t think there is anyone around who can turn out this style of fried chicken better than Max’s!

Hands down, the fried chicken at Max’s is their specialty, however, you can also find many other Filipino favorites and also food that expats will surely enjoy! 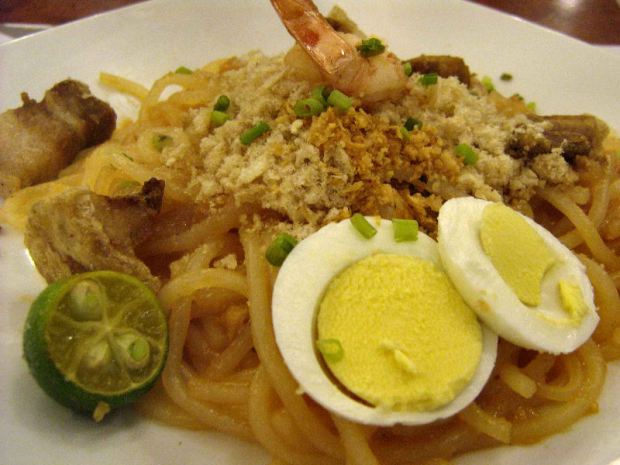 Pancit Luglug! This savory noodle dish is one of my all time favorites! Garnished with chicharon, boiled egg and kalamansi lime, the sauce is very delicious! You can also order Pancit Luglug with lechon, which is nice slices of roasted pork. It is fabulous!

Max’s Chicken Burger! Now, this is an expat favorite! A fabulous chicken burger and who would not like this? A crispy fried chicken patty, tasty cheese and lettuce on the bun. 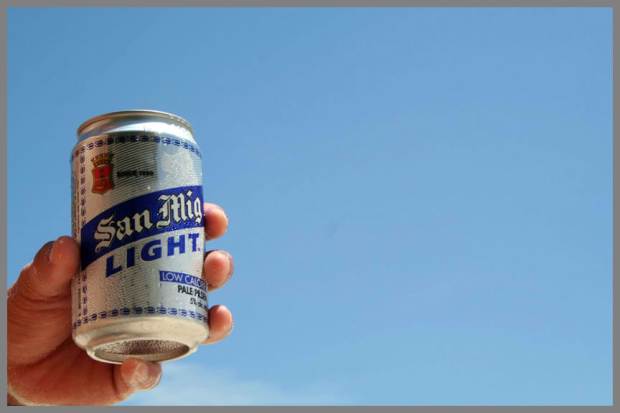 I cannot think of a better beverage that goes with fried chicken, a chicken burger or Filipino Cuisine than a San Miguel Light! Or a San Miguel Pale Pilsen. Yes, Max’s has both available!

The next time you want to have lunch, mirenda or dinner, do yourself a favor and head out to Max’s Restaurant-The House That Fried Chicken Built. In Bacolod, Max’s Restaurant is located in the north wing of SM Mall.

I hope to see you one day, somewhere..all around Bacolod!

Gary’s First Annual Chili Cook-Off in Bacolod City is now officially in the planning stages! I am busy putting things together and will have an official announcement in the weeks ahead. There is much more involved in the planning stages than I originally anticipated and for a chili cook-off to be successful, it cannot just be haphazardly thrown together!

I know there are thousands of wonderful chili recipes around the round world and I am looking forward to your chili recipe.

Beans! Pinto, Red Kidney, Black, Northern. Which is your favorite? I prefer pinto beans but will use red kidney beans for my chili. I have never been a fan of white bean chili.

Chili powder, some form of garlic and cumin are pretty much standard seasoning in most everyone’s chili and after that, your chili is only limited by your imagination! One of the more interesting ingredients in chili is cigar ash! Yep, I heard that a cowboy put cigar ash in his chili during the Terlingua Texas Chili Cook-off back in the 1970s! His recipe also called for Dead Cow Meat.

What is the best meat for chili? Everyone has their favorite. Ribeye steak, chuck roast, round roast, ground round beef, ground turkey, ground chicken, goat, lamb, sirloin, beef brisket, buffalo, blade steak, ground venison (deer), combo meats and whatever you like!

Celery? No thank you. Not in my chili.

Some like it hot! Which is the best pepper for chili? Poblano, Jalapeno, Ancho, Habanero, Scotch Bonnet? Now, we are talking some serious heat! I don’t enjoy extremely hot & spicy chili like I did in my younger days but I still like chili to have some bite. I use red pepper flakes in my chili with a side dish of pepperoncini peppers.

There you have it amigos, amigas and buckaroos. Get ready for some serious chili!

I hope to see you one day, somewhere..all around Bacolod!