I have never seen Marmite in Bacolod City but I buy Vegemite at Bob’s Deli. Metro Supermarket sometimes has Vegemite in stock but not all the time.

The Ploughman’s Lunch is right up my alley and it is something I enjoy eating, midday. Buttered Bread, Sliced Cheese, various Pickles and Beer. Most often, I add Cold Cuts of Meat and Boiled Eggs.

Bryan Reano, from England, was a Bacolod fixture, together with his wife, Rosalinda, selling Lumpia and Banana Turon all over the city. Their varieties of Lumpia were a big hit, which included Spicy Beef, Spicy Seafood, Chicken Curry and Hungarian Sausage. Their Turon included sliced Banana and Jam made with Mango, Jackfruit, Pineapple or Lychee. Sadly, Bryan passed away in December, 2015. He is still missed in the community, a very friendly guy with a big smile and who greatly enjoyed talking to local people.

Sometimes, you can hear everything but the wind blow. I was recently told that the British Silver & Plum Restaurant and Pub, located at Sorrento Plaza in Bacolod on Lacson Street, no longer promotes British Food. I have not been there lately, so I cannot confirm it. They do not open until 4pm but I plan to check them out in the near future.

The Market Pub, located behind the New Govt Center on Circumferential Road, is an English style Pub in Bacolod. I have not been there since they first opened, so I cannot comment on their new menu, at this time.

Last Saturday, I enjoyed a great St Patrick’s Day with my family and friends in Sipalay, Negros Occidental, on the beach.

Last Week, I noticed that Cafe Bob’s Deli had about a dozen bottles of Heinz Malt Vinegar for P170 each and I picked up another bottle for my stock.Always great on Fish & Chips. I go to Bob’s Deli 2 X most weeks to look around at new arrivals, to buy a few things and to drink a Negros Pale Ale..or 2.

I worked with several teaching colleagues in China, who were from England, and I learned a few new things about Food. Heinz Beanz on Toast is one, which I enjoy. You gotta use the Heinz Beans sold in UK and not the local Pork n’ Beans because it is not near as good. It is not good at all to me. I stick with Heinz Beanz, which are sold in the UK.

Another tip I learned is the Chip Butty. For my American readers and others, it is basically a French Fries Sandwich, on Buttered Bread. I like Malt Vinegar on the Chip Butty I make, which is so EZ to make. Ketchup and HP Sauce on the Chip Butty are also good, as I have tried both and both are available in my area of the Philippines. 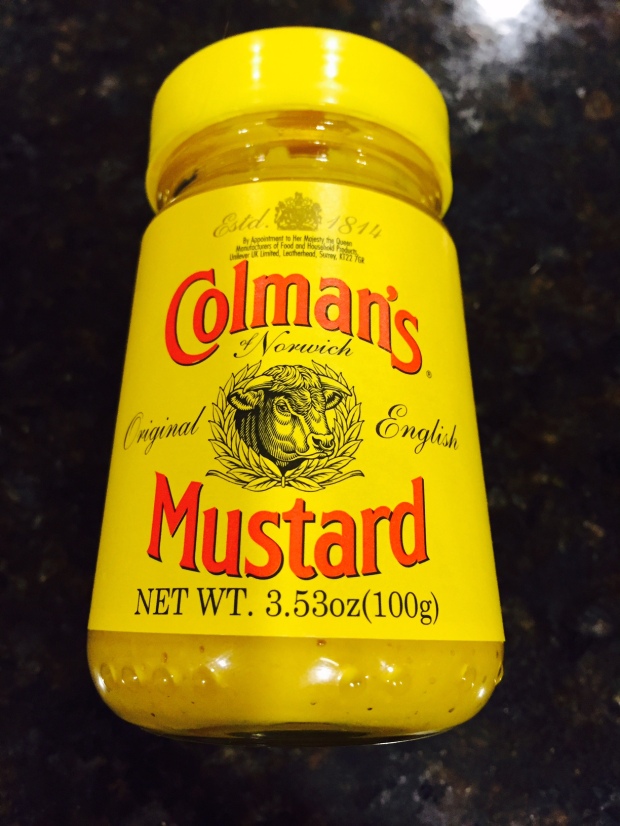 Colman’s Original Mustard from UK is available at Bob’s Deli, Beer and Ale from UK are available in cities around the Philippines, including in Bacolod City. In the Supermarkets, you can buy Cream Dory Fish Fillets, which make very good Fish & Chips.

I am not from the UK but it is my Heritage, Ireland, which I am proud to say. Guinness Stout and Jameson Irish Whiskey are available in Bacolod City.